One of the main things about PC Gaming is wondering if a particular game can run with your system. Can it Crysis? Used to be one such question. Now interpreting Minimum and Recommended specs will be a whole topic in itself. However for this tutorial we are focusing on what exactly you have in your laptop or desktop.

Software I am using for this tutorial is CPU-Z, GPU-Z and HWiNFO64. I will also be using Windows built in DXDIAG application. 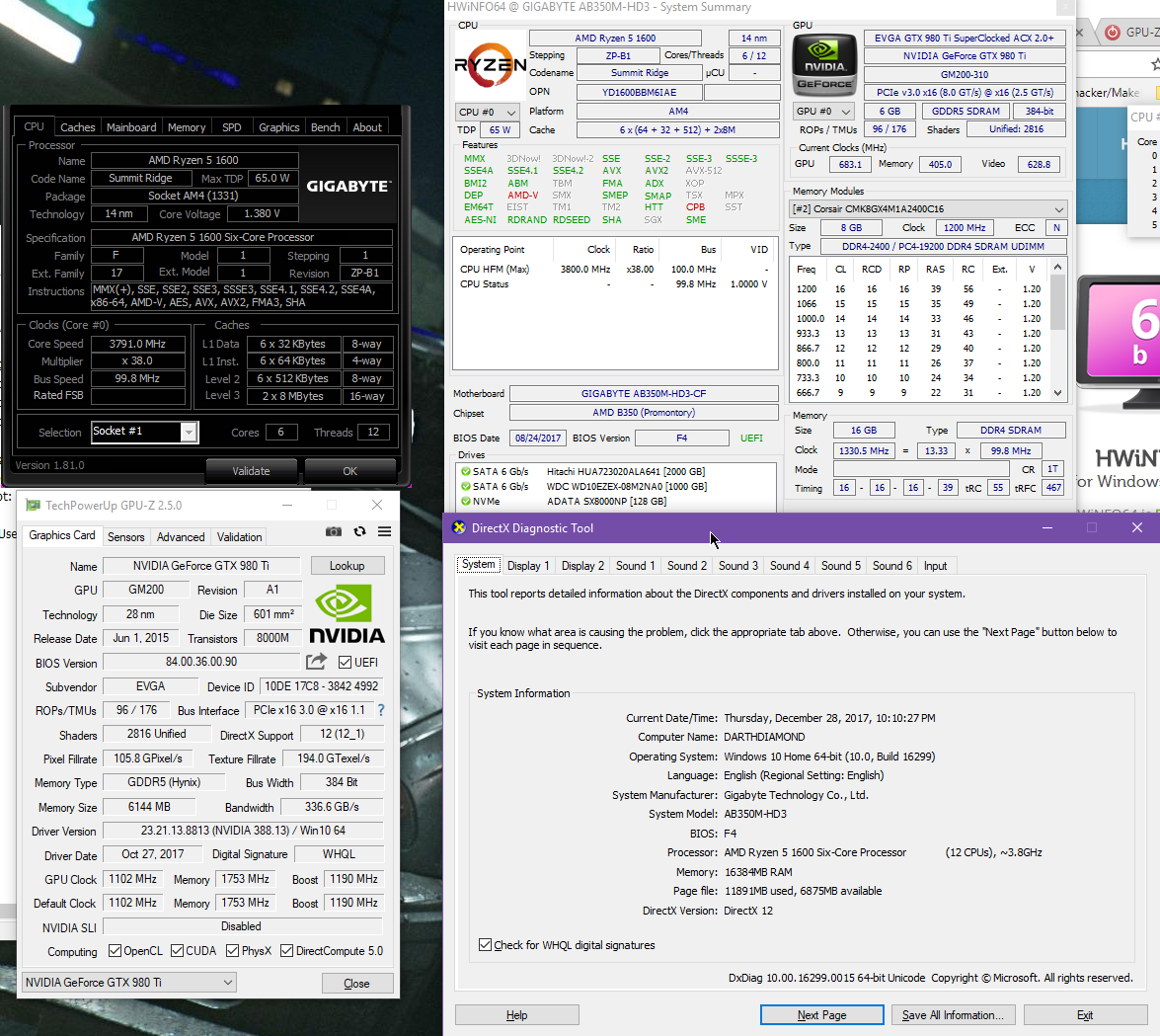 Now these are the programs all together.  Each one can look specially at what it is in your system.

As stated CPU-Z (Top Left) is the mostly for getting specific details on your CPU but as you can see from the program you can select Mainboard or Graphics to see what in your rig as well.

GPU-Z (Bottom Left) works the same way as CPU-Z but of course is just for the GPUs and can look into the sensors of a GPU (Core clock, GPU Temps etc).

DXDIAG is a command that can be run by just by pressing the start button and typing dxdiag. Now dxdiag (Bottom Right) can give most the info of your system like CPU, Windows OS Version, and Ram. You will have to swap tabs to display to identify what GPU you have though.

Finally if you want all the bells and whistles, HWiNFO64 shows everything combined on screen from the various three other programs just mentioned.