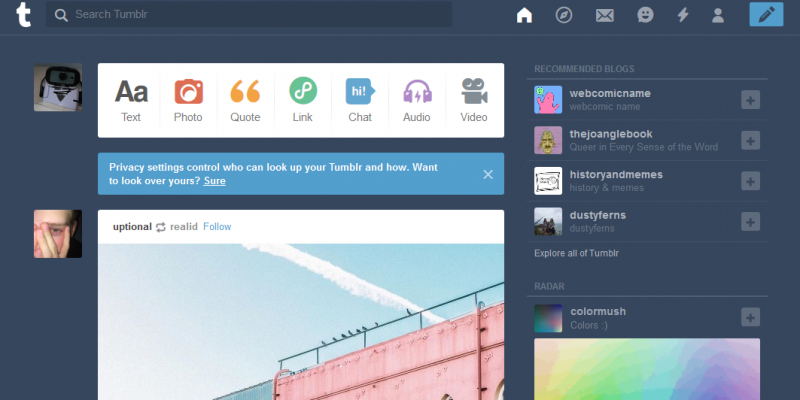 Tumblr is a blogging-social networking platform, a fairly decent one (despite it's reputation) with some unique features worth exploring.

You can even use a Tumblr blog as a cheap, feature-rich website.

Tumblr was founded in 2007 as a social network and microblogging website.

The general concept behind Tumblr is to provide a social network that combines the best of both worlds, allowing users to post multimedia content, create blog posts and interact with other users blogs.

Since it's inception, Tumblr has been privy to a few controversies and garnered a reputation for hosting strange or toxic sub-sections and communities (such as the shoplifting tag). These are a small part of the site and shouldn't affect your user experience too much.

Tumblr's main interface is the dashboard, this works in a similar manner to other social networking sites feeds.

The function of the dashboard is to show you the lastest posts from blogs you follow, recommend blogs and posts for you and provide shortcuts to create posts on your blog. 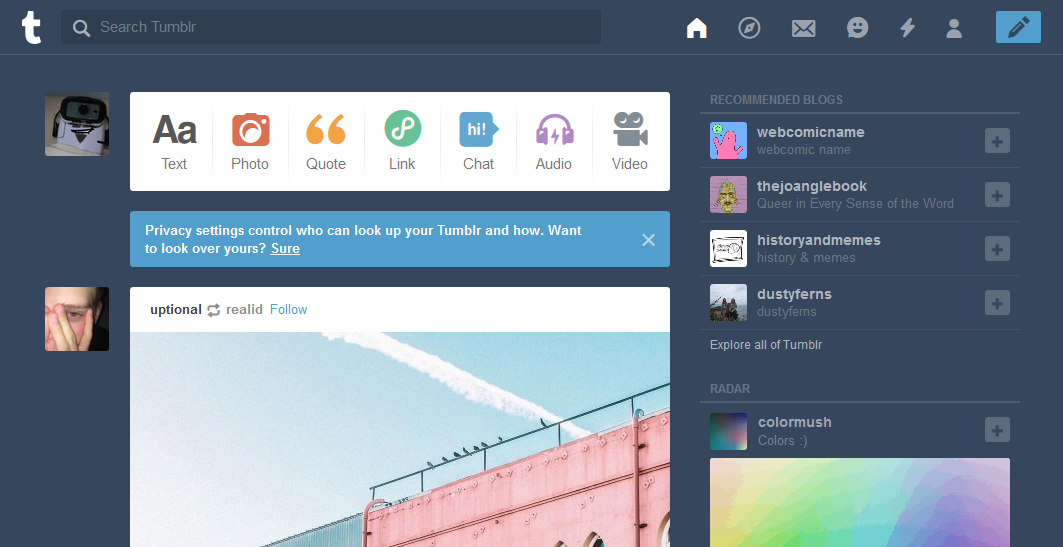 On Tumblr, you can post several types of media, these are fairly standard for most social networks but unique types such as quotes and chat exist, providing an alternative format for appropriate posts.

When creating a post, you can also append tags, allowing users that browse the tag or are interested in it to be exposed to your post. This works in the same way hashtags do on twitter.

Re-blog – A re-blog is essentially a re-tweet or a share, this posts the post you're re-blogging to your own blog, you can also append your own comments to the post. 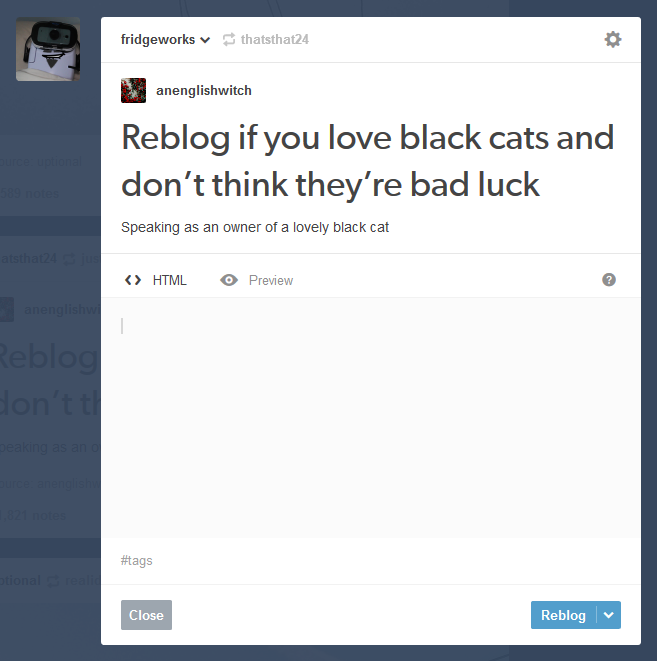 Notes – Notes are the amount of re-blogs and comments a post has. 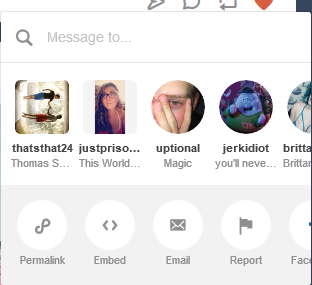 Tumblr refers to your profile as a blog, as the main function of the site is to combine blogs with a social networking platform. Usernames are unique, allowing Tumblr to give you a sub-url to link to others. For example, my url is http://fridgeworks.tumblr.com

There's also an extensive themes marketplace, allowing you to buy/sell themes and download them for free. You can then use these to customise your profile. It's also possible to create your own, using HTML and the mustache markup format. 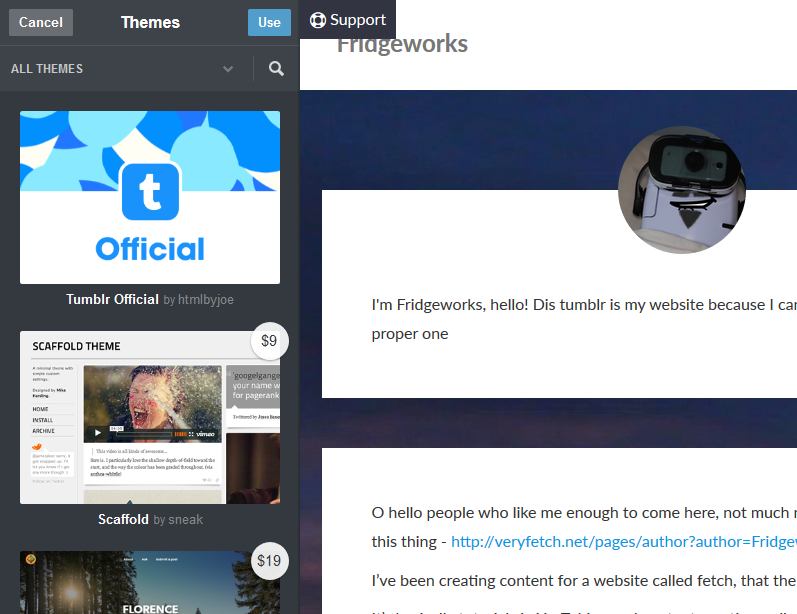 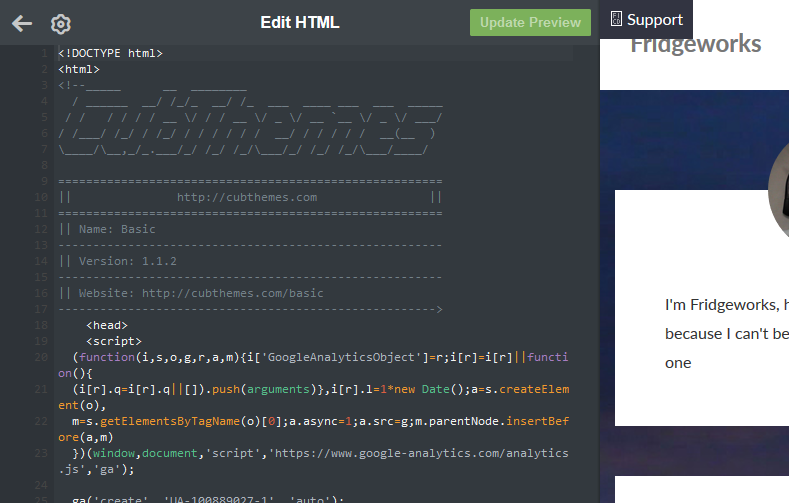 Your profile is available to view within Tumblr and the app like a traditional social networking site, within the app this is standardised but within the website it will show a basic version of your chosen theme (uses the font and minor style defined within the theme). 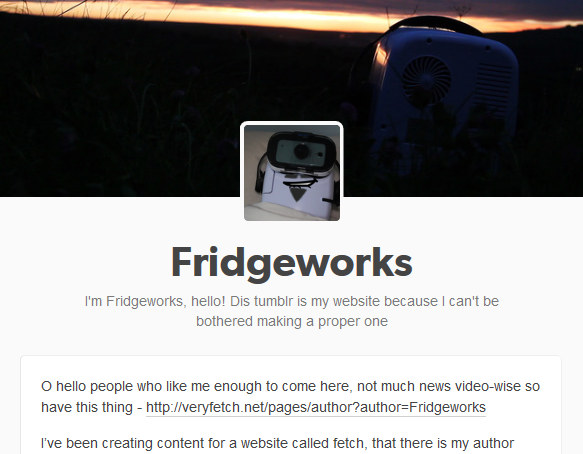 Viewing your profile with your url will take you to the HTML version of your site, fully showing off your themes features. 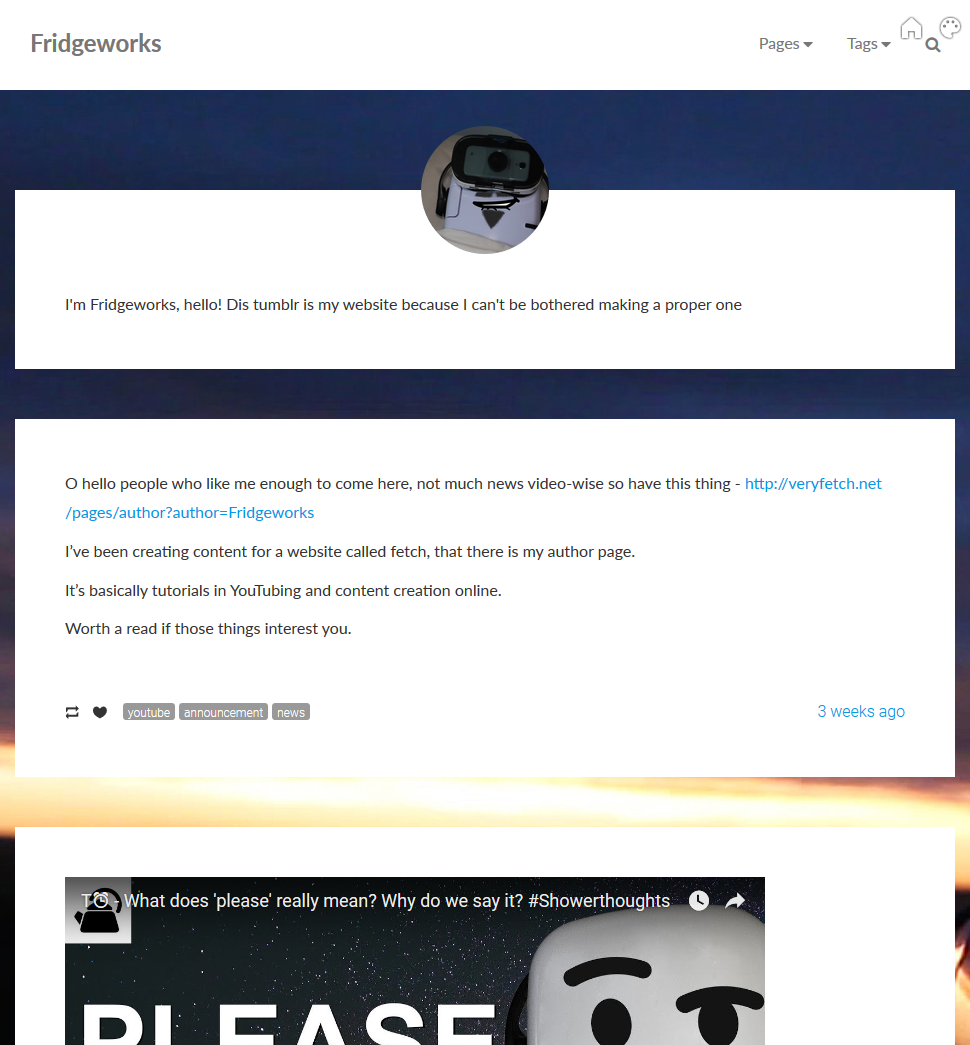 It's also possible to use a web address as your URL, this will require knowledge of DNS settings and probably HTML/CSS usage.

This will provide a cheap and easy way to create a website that's up to date with the latest posts (as long as you use your tumblr blog) and if you choose or create a good theme, it can also include static pages and sorting.

This can be done by essentially pointing your URL to Tumblr's nameservers, more info can be found in the link under 'Learn More'.

I've done this myself, you can view the results here, I highly recommend this as a cheap alternative to web hosting – fridgeworks.org.uk

If you enjoyed this post, I’d be very grateful if you’d help it spread by emailing it to a friend, or sharing it on Twitter or Facebook. Do you use Tumblr at all? Please comment down below with your Tumblr blog and favourite tags!