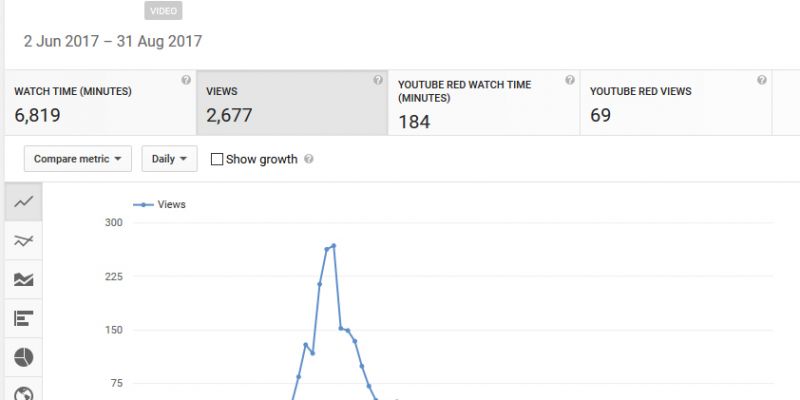 So you had a video that exceeded the average amount of views for your channel? Then you're in the perfect position for a follow-up!

In this article I'll use one of my own videos that I did just that with as a case-study, then provide you with a few things I learned from the experience.

The video(s) I will be talking about are here:

Figure out why the video is popular

So the first thing you want to do is look at the video and analyze why it got popular in the first place.

I would start with the comments section and then go to your analytics.

In the comments section you will want to look at what most people are talking about and which threads are the longest (with the largest number of votes), this will show what your viewers are most interested in and want to hear discussed.

Moving to your analytics, you will want to look at audience retention and traffic sources.

Check which search terms and related videos lead to your video, this will tell you why people wind up at your video. Which is always valuable information.

As for audience retention, look at if there are any big drops or spikes (if it's a gradual downward curve, don't worry too much. This is normal). Any big spikes will show you where people have skipped to, or re-wound to watch again. Any big drops will show you where viewers lose interest. Watch through your content at these points and try to figure out what a viewer may be feeling or thinking at these points.

In my case, the video in question was a review of the play ‘King Charles III’. The video had no fancy editing, no footage overlays, no animation etc. The only content in the video was my opinion and my voice. 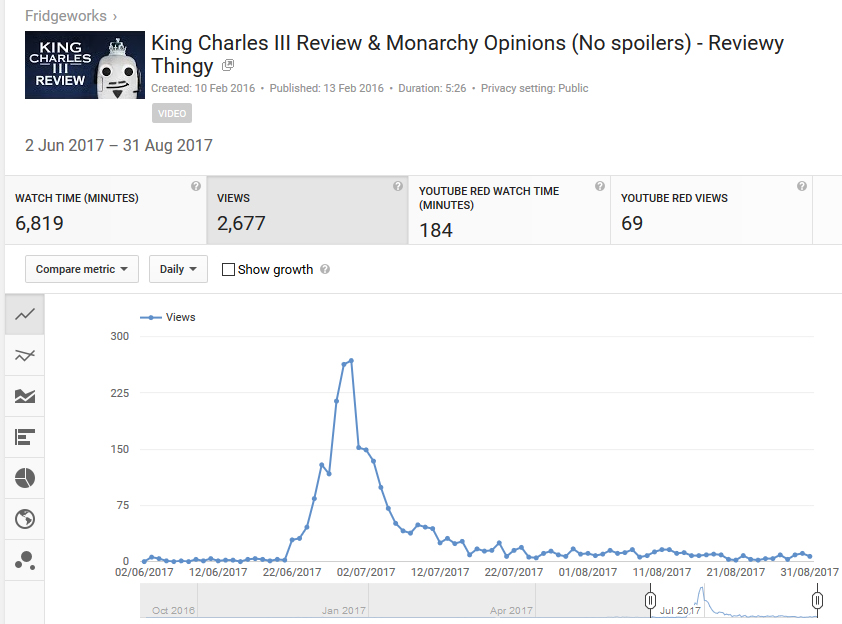 The reason it became popular was due to the topic. Diving into the analytics shows me that the key areas leading to views were 'Suggested videos' and 'YouTube search'.

Diving into suggested videos, these are videos which your video was suggested after and a user clicked (or was autoplayed) yours. These came from trailers, scenes and interviews relating to the TV adaptation of the play.

Looking at search terms, the top 2 are asking for a review.

Using the information you gathered when figuring out why the video was popular, use this to figure out what people enjoyed (and didn't enjoy) about your video, what held their attention and why they came to your video.

Use this to decide which aspects (or related topics) of the original content you should look at.

Research the market for the follow-up before deciding on a topic, I would suggest trying to find a gap in the market for this topic. Usually a video getting popular means that people are craving this sort of content/topic and you are one of the few people providing it.

In the case of my video, it became clear that people were interested in a review or opinion of the TV drama. Some just the story/concept/politics surrounding it in general.

Upon further research I discovered barely anyone had covered this topic (reviewed the play or the TV adaptation).

As the general related content seemed to be about the recently released TV adaptation (and search results were asking for a review) I decided to review the TV version.

Now, go out and make that video using all the information you’ve gathered so far!

Make it twice as good as the first if possible and make sure to pay attention to what happens afterwards. You should aim to get MORE views and engagement with the follow-up video than the first.

Looking at the analytics from my follow-up video we can see that I did this. I got almost double the views with the follow-up. 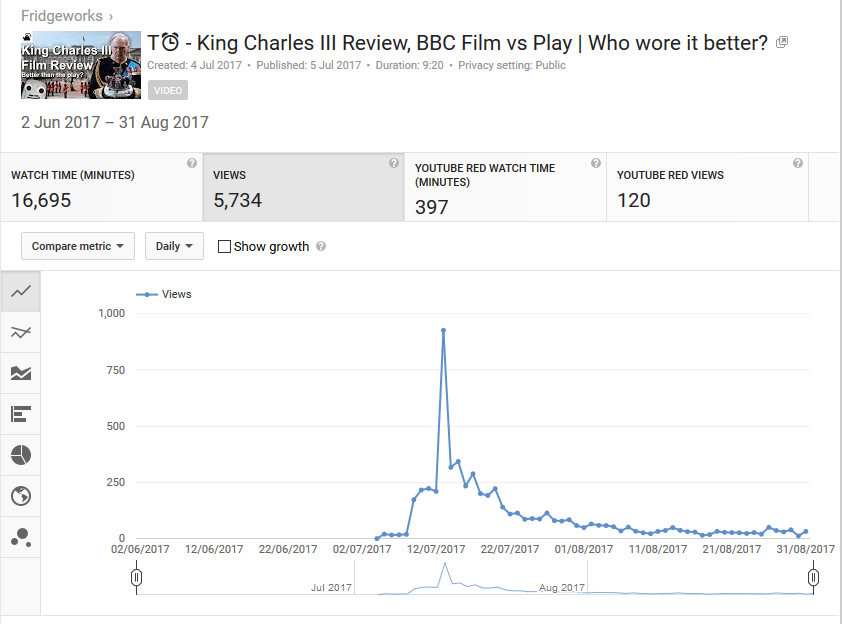 In traffic sources we see I mostly hit the same search terms and suggested videos.

However, one interesting thing to note is the 'Browse features' listing increased drastically for this video. Upon further inspection it looks like this video was suggested on people's home page.

I estimate that this means people interested in the topic were automatically suggested my video by the algorithm. This could be because YouTube detected this topic did well on my channel, or because that viewer had watched the original video.

If you enjoyed this post, I’d be very grateful if you’d help it spread by emailing it to a friend, or sharing it on Twitter or Facebook. Have you managed to create a successful follow-up video? Please comment down below with your experience!